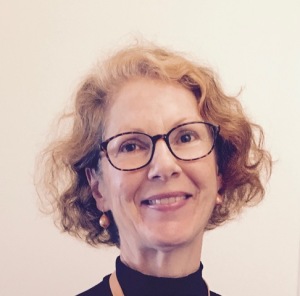 How did you come to live in Portugal?

I went to an astrology workshop in San Miguel de Allende, Mexico, where I became great pals with a Portuguese woman. Over the next couple of years, she visited me in the US, and I visited her in Portugal. Her family were very welcoming and introduced me to their country, the food, and the language. In winter 2013, I came for Christmas and the café culture on the Estoril coastline outside of Lisbon reminded me of Sydney’s bayside suburbs. I fell in love with the familiarity of it. Four months later, I sold my apartment in the US and moved.

How did this impact your career?

I’ve cobbled together a very eclectic career. Culinary training in my late teens and work as a chef paved the way for me to travel and work abroad, specifically in London, and then ski resorts in Europe and the US. In my mid-20s I returned to school in Australia for my BA. Then I went back to the US for an MA in psychology, thereafter practicing as a psychotherapist, while also working with my then partner as the US distributor for an Australian outdoor clothing company. By my late 30s, I was marketing and promotions coordinator at a preparatory school for international students.

On the side, I began to write, starting with a collection of short stories and two romantic comedies, which I built a business around. Later, I published a food blog, a cookbook, a children’s book, and more recently, the two books featured in this interview.

When I arrived in Portugal, I volunteered with International Women in Portugal (IWP), as president of the executive board and then president of the member representative board. I just stepped down after five years on these two boards. Whenever I transition out of something, inevitably there’s a bit of a vacuum, which there most definitely is right now, compounded by the Covid-related stay-at-home mandate we’re experiencing in Portugal. I’m using this time to market my books online.

What was the inspiration behind Women Who Walk?

While I was still living in the US, I was fleshing out a memoir idea with writing coach Marian Roach Smith. I reached a point when I didn’t know if my idea was worth pursuing, so I decided to park it. Not long after, I moved to Portugal.

Through IWP, a hiking group and other avenues, I met international women who’d taken journeys for work, accompanying a spouse, or for adventure. Many were multi-lingual, which captivated me as an Australian, since our geographic isolation means we generally speak just one language: English. Anyway, I wanted to collect the women’s stories; their intellectual capital was impressive to me.

One day, I had an accident, rolling both ankles. I couldn’t walk, only shuffle. While bored at home with my feet elevated, a Swedish woman from the IWP hiking group came by to check on me. She started telling me her story, and with her permission, I recorded her on my iPhone. It went from there.

Part of what I’d been struggling with in memoir was writing 250 pages about me. I’m a relatively private person when it comes to the details of my life. However, in telling others’ stories, I was given the chance to reflect on my own journey and to consider what resonated for me, such as our shared sense of adventure, curiosity, desire to explore differences in culture. Ultimately, this became a vehicle to help write the short version of my story, which is the last one in the book.

What is The Winding Road to Portugal about?

This companion book showcases 20 interviews with men. Although the two books are about people who found their way to Portugal, the nature of the stories is universal. It could be any destination; it just happens to be Portugal. The stories are really about ‘the journey’.

Can you please share the book blurb for Women Who Walk? 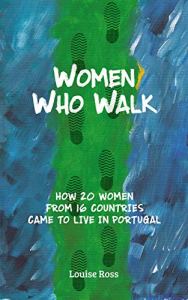 What compels someone to leave their country of origin? What happens on their journey to the new place? And what causes them to finally land somewhere and decide to stay, if not for the rest of their lives, then for an extended period?

Women Who Walk: How 20 Women from 16 Countries Came to Live in Portugal is a collection of interviews with a diverse group of immigrant and expatriate women. Their personal narratives tell tales of world travel and cultural immersion as a form of higher education, a vehicle for personal growth, expanded awareness of self and other, and a greater appreciation of the differences that today too often separate us. Their tales are communicated honestly and openly, sometimes with humor, sometimes through tears of loss, but they are always courageous, uplifting, poignant and inspirational.

Can you please share the book blurb for The Winding Road to Portugal?

How do men navigate moving countries, on their own or with a family? Is their path easy, because they’re men, fortuned with greater liberties than women? Or do they encounter a different set of challenges, faced with the complexities of what it means to be man today?

What were some of the key themes that emerged during your interviews?

There were significant gender differences.

The women tended to explore a range of topics, whereas the men were more work-focused in their storytelling. For instance, the women touched on issues such as where is home? When children were involved, they struggled with the need to create a connection to their country of origin in order to give the kids a sense of belonging to a particular place. Returning to one’s country of origin – how they’d handle repatriation – was a reoccurring theme. Some worried they’d been away too long to fit back in. One woman said, “If we internationals were to go back…” she paused, “actually, I don’t believe in going back.”

I learned the term ‘third culture kids’, as some of my interviewees were adult third culture kids. And I also learned about the trailing spouse experience, including how much I dislike the label, since the negative associations to ‘trailing’ diminish the enormous sacrifices these women make. I later found out that ‘accompanying’ or ‘supportive partner’ is the preferred term now, given that increasingly men relocate because of their wife’s work. In fact, two of the men interviewed are accompanying partners, and I found their stories fascinating, due to the fact that their role is still unique.

The men were more likely to be in relationship – six of the women were single, but only two of the men. Partner support made the men’s moves less fraught. That said, the men’s stories were no less emotional than the women’s and sometimes more so because family and children were profoundly important to them. Because I came to the men’s interviews with the gender stereotypes that men are less emotional than women, I was delighted to find that my belief was inaccurate.

With research, I also found that men’s health improves when they’re in relationship, mostly because partner often helps facilitate a social life, and if needed, encourages medical help etc. If women stay in a marriage that’s no longer supporting them, their health deteriorates, and improves if they leave.

How are you promoting your books?

With Covid, I haven’t been able to do any in-person book readings and presentations, so I’m promoting online. My books are now on 15 platforms. As a technology luddite, initially I was overwhelmed. A friend in Colorado suggested I hire a virtual assistant. On my behalf, she put out a call for help on a site called Boulder Media Women and Artemis Savory responded. (See interview Artemis Savory on Being a Virtual Assistant.)

She’s been a godsend. I was her first client, yet it’s a win-win, because she’s mentoring me and learning with me. We communicate via WhatsApp and email and the plan from the beginning was that she’d jumpstart my dormant social media accounts, listing the books and making sure my brand and messaging was consistent across all platforms. She resolved all sorts of glitches I’d encountered, and she does a lot of posting on my behalf, then I go in and add content. It keeps me on my toes because, as a Millennial, technology is second nature to her, so as soon as she’s finished one round of online tasks, I need to come up with the next round.

When she updated my YouTube channel, creating playlists for the women’s book and one for men’s, I went back to her and said, “My channel looks great, but I don’t have enough content.” As a result, I’ve been doing short live interviews with some of the interviewees from both books for the YouTube playlists.

I set a budget with Artemis, based on her working about three hours a week for me, and although sometimes she clocks up more hours with the video editing she’s doing for me, I’m probably breaking even. Nevertheless, I’m happy to be paying to develop this sphere of influence. I don’t know where it’ll lead, but it’s necessary as a writer to create a brand, and to have an online presence in order to reach your target audience.

Recently, I’ve been incredibly inspired by the British writer and entrepreneur, Joanna Penn. In particular, her book Audio for Authors has me totally jazzed about repositioning Women Who Walk as a podcast where each episode unpacks the journey of immigrant and expat women more broadly. I hope to launch the podcast in April 2021.

Next time: an interview with Enni Amanda on Nest or Invest, her latest romcom.