Patti is a prolific author with a wealth of experience in teaching and mentoring authors. Her specialties are life writing and creative non-fiction, and she works for writing centres in Australia and around the world. Please join us for a chat about her books, her training courses and the joy she derives from working with students.

Can you please give us a brief summary of your career?

I’ve been writing all my adult life and even before that, in my childhood. I did two writing degrees, Bachelors and Masters, at University of Technology Sydney, but my real apprenticeship came through my own writing. I’ve now published nine books – three textbooks, one novel and five memoir/narrative nonfictions.

I began teaching creative writing at University of Technology Sydney and then at University of Western Sydney, but when I realized how many people wanted to write stories about their own life, I developed a course about life writing. I still deliver that material today in Australia, Paris and London, and have offered a number courses in Bali and Fiji. Over the years, I decided to concentrate on this area and wrote a book to go with the course, Writing Your Life.

Can you tell us a bit more about your writers’ retreats in Paris?

Growing up in country Australia, I had a romantic notion about writing in Paris. After my second son finished school, when for the first time in a long time I no longer had responsibility for someone else, I fulfilled this dream and lived in Paris for a year. I wrote Ransacking Paris, which was about living somewhere away from home during that particular stage in my life, alongside a literary exploration of French memoirists.

The course originated after living in Paris for that year. It took off and has continued ever since. Authors write from 10 am to 1 pm and then have free time, while I have a one-on-one session with each person. In a class setting, you can’t focus on the self as much, so in these discussions I give intense, individual attention.

I’ve also started doing a course in London for the Faber Academy and have offered a four-month one in Sydney for many years.

Is narrative nonfiction the same as memoir? 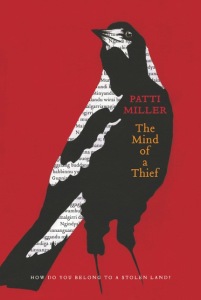 Memoir shares a particular aspect of the author’s life, or develops a particular theme, while autobiography tells the author’s whole life. Memoir is a type of narrative nonfiction, but narrative nonfiction can also tell a story outside the author’s life. It still has the narrator in it, but they tell the story from the side, such as Helen Garner does in House of Grief, or I have done in The Mind of a Thief. Memoir can be written in book-length, as a continuous story, or as an essay or collection of essays.

What can you tell us about your latest release, The Joy of High Places?

The Joy of High Places, narrative nonfiction, weaves together two stories about walking – my long-distance treks and my brother learning to walk again after breaking his spine in a paragliding accident. I walked for delight and connection to nature, while Barney’s purpose was more desperate and dramatic. When the accident happened, at first we thought he would die and then we thought he’d spend the rest of his life in wheelchair. But now, he can walk again and he’s even resumed flying. 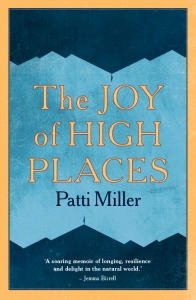 I have five brothers, and I didn’t know Barney at all. He was very methodical, reserved, neat and organized, and I didn’t connect with him. During his recovery, he started talking about his soul, flying and chatting with eagles and I thought, who is this guy? I realized he was an extraordinary person, so I asked if I could write about him.

We went back and forth over a year doing close interviews and emails, so although the book is all from my point of view, it’s almost his voice, but in my words. I discovered a lot about him and about myself, in particular how we misjudge people.

The book was very hard to write structurally. His story took place over eight months, mine over six or seven years. His was intense, mine, slow and quiet. So I had to splice together two time frames and two levels of drama. I needed to transition the reader from my part, which was like an impressionist painting, to his side, which was more photo-realist. I wrote inter-pieces to get from one to the other.

How do you balance your own writing with teaching?

I limit how much teaching I take on so I still have time for my own writing. Working with other people’s stories takes emotional energy, but it’s part of my life and I value it because it gives me human connection. Writing can be a solitary pursuit and I enjoy hearing others’ stories. I’ve been doing it for 30 years and I never get sick of it. I suppose I’m a huge sticky beak. I’ve worked with people of all different backgrounds and people who weren’t writers, but wanted to tell their stories. This gives me privileged access to what Australia looks like because I hear intimate stories from many different cultural backgrounds. Some authors find teaching a burden, but I don’t see it like that, it adds to my writing life.

I feel a mid-wifely pride in the books of writers I’ve worked with, many of whom started off without confidence. I didn’t have to do the hard work, but I was there when their manuscripts were born. Publication doesn’t have to happen immediately, it might happen ten years later. The people who get there are the ones who keep going.

How do you help clients who say, “I’m not famous, I can’t write a memoir”?

To me, writing a good life story has nothing to do with being famous. It’s not about your achievements; it’s about your perception of the world. It doesn’t matter if you live in your backyard in a country town, or have been biking across Africa, you can write something unique and valuable no matter what you’ve done, how old you are or whether you are famous or not.

For example, someone like Annie Dillard, a Pulitzer Prize winning American writer, doesn’t write about achievement. Hardly anything happens in her books in terms of drama, but her detailed observations of the world and nature, using aspects of her experience, make her books fascinating.

I worked with a 17-year-old with leukaemia, who had faced suffering and death and had enormous experience for her age. Now she’s 34 and her book is just now being published.

This doesn’t mean you don’t need a good story to tell. Of course, you still have to think about plotting and structure. There’s as much art and craft in writing a memoir as in writing a novel. In both cases you’re creating a convincing world on the page.

What is your advice for someone who is just getting started?

I suppose I should say, buy Writing True Stories and do the exercises. But in essence, don’t start with the hugeness of writing a whole book and get overwhelmed. That can be paralysing. Start small. Write down a word, or image, or phrase for everything you want to write about. That will map out the canvas. Then start writing pieces. That gives you pleasure and practice. Imagine you’re making a patchwork quilt – you can’t sew the quilt until you’ve made pieces. That’s the way to get started. Don’t let your organising brain in first – that’s using your intellect not your creativity. You can and worry about how to fit it together and structure it later.

Do you have any advice for memoirists who are worried about push back from the people they’ve written about?

In my courses, we look at the difficulties of truth telling if you’re writing about issues involving others. People’s emotional reactions can be distressing and it can make your life difficult.

I suggest you put everything you think you need in the first draft. Do not edit. Writing about the situation might take you out the other side and you might be able to resolve it. You can always take it out later. Don’t tell the person about it until you’re done.

Once it’s written, you need to ask yourself: does it really matter? Do you need it in the book? If it will upset my mother, is it worth it? These are real questions, not just a way of getting out of it. On the other hand, what you write might be liberating, not just for you, but for your readers, who might be facing the same kind of conflict. Readers go to writers because we are truth tellers. We owe it to them not just to give the surface sugary version. I guess you have to have some guts.

I feel scared by it too. I’ve been attacked on stage and received abusive emails, so I know what it feels like and I’m not saying it doesn’t matter. You have to be prepared for this and ask yourself: do I feel strong enough for this? Does it matter enough for me to risk all this?

What is one of the most common mistakes you see memoirists making?

There’s a section on trouble shooting in Writing True Stories. One common mistake is putting stuff in just because it happened. If it doesn’t work on the page, it might not be needed.

In first drafts we sometimes write as if journaling. Journaling is a bit like vomiting. It’s good to get stuff out, but it serves the writer, not the reader. You need to come from a different place when writing for other people. When writing in a journal we are simply ‘expressing’ our feelings and thoughts; when you write a book, you are building a ‘space’ for other people to inhabit. We use a lot of abstract words when we are ‘expressing our feelings’, words the reader can’t smell, taste, touch, see or hear. To build a world on the page, you need to construct the illusion of a three-dimensional space for the reader to inhabit. Show the room, what people are wearing. It’s the old advice – show don’t tell. Use concrete detail.

How has Covid impacted your work?

I’ve had to shift my classes to Zoom since March, which has meant more preparation work. I’ve lost the Paris and London workshops and other live workshops, as well as three writers festival events.

But I’ve had more time for writing. I started a new manuscript in December and I’ve nearly finished a first draft in nine months, which is really fast for me.

What is your next manuscript?

It’s narrative nonfiction about friendship – who we make friends with and who we stay friends with, how we know others, how we know ourselves. There’s so much focus on romantic relationships in writing, yet friendship, which is central to peoples’ lives, isn’t written about a lot. Again, it’s a topic that might hurt or offend some people.

Next time: An interview with Amanda Niehaus on the Intersection Between Science and Art and her debut novel, The Breeding Season.
Next interview with Patti: Patti Miller on True Friends

6 thoughts on “Patti Miller on the Art of Life Writing”

A thoughtful #interview with @lizshickauthor about her debut #novel, The Golden Land, and a topic close to my heart – writing about #expatlife.
Loading Comments...
%d bloggers like this: